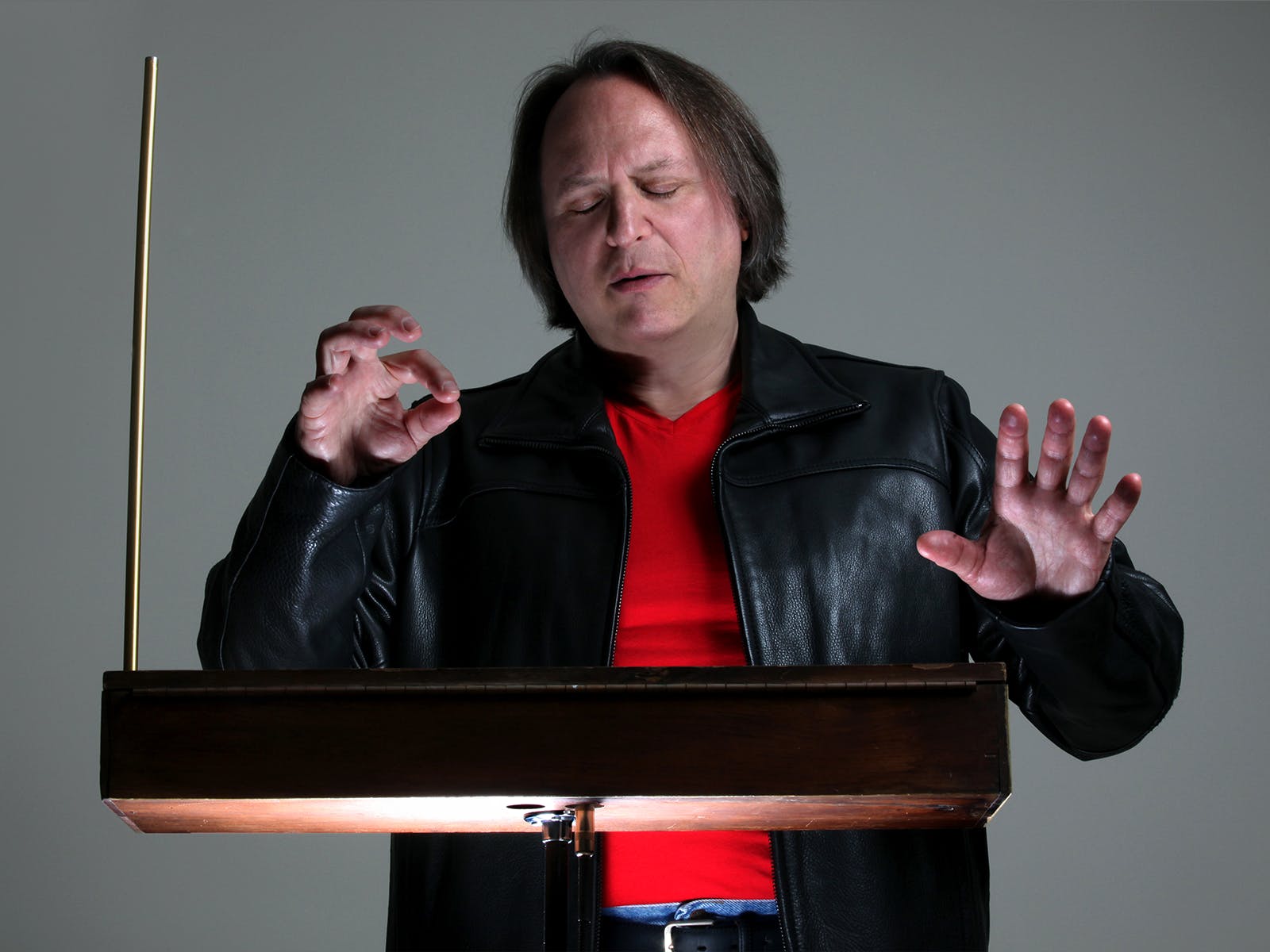 Rob Schwimmer is a composer-​pianist and thereminist who has performed and recorded throughout the world. His compositions have been featured in theater, television series and movies, documentaries and feature films including the Academy Award Winners “Freeheld and “Dear Diary.” His recent solo CD “Beyond The Sky” was hailed as “Extraordinary” in Gramophone and as “Shaping up to be the finest solo piano CD of the year” in All About Jazz-NY.
Web – http://www.robschwimmer.com/

I’d heard theremins before and didn’t think all that much about it but when I saw a video clip of Clara playing (the first time I saw anybody playing on a TV show called Night Music back in the early 90’s) I felt an instant kinship to the instrument, the sound and approach of her style of playing… I thought “I must have this instrument!” I thought since I have very good pitch that I would be able to play well right away. A rude awakening to the difficulties awaited. I figured after about 5 minutes that it had to be a hoax! Nevertheless, I kept at it, annoying my family and neighbors to the best of my abilities until after a (long) time it started to sound better…slowly

I’ve been a pianist since I was 3 and played electric keyboards and guitar from when I was maybe 14… I’ve always had an unhealthy (just kidding) attraction to unusual instruments (perhaps a remnant from growing up in the 60’s.) I’ve also always loved a very wide range of music and I try to play them all… Maybe a bad idea but that’s what I like. Growing up in the 60’s was a difficult time as a keyboard player since the guitar was king back then. I wished I could have vibrato, sustain and bend notes like my guitar heroes (Hendrix, Beck, Clapton) so you can see how the theremin would appeal having all 3 of those qualities in spades… So in a strange way I can to the theremin in that fashion, too… Not just the seeking of a classical voice sound. PS–Theremin probably should not be your first instrument

The prospects for the theremin have always been diffucult as it’s such a bitch to play well… Nevertheless, I think there have never been so many good players ever on the planet at once. There are many places for the theremin to fit into our contemporary scene… and lots where it doesn’t work at all. I think it’s critical to know when it doesn’t work as well as when it does.

All of my theremins are built by Moog… I’m very happy with all of them (a Melodia from about 1959, two standard Etherwaves… one is a backup, and an Etherwave-Pro) but of course we all wish we could own an old RCA or something Theremin himself built. I’ve played on Lucie Bigelow Rosen’s November theremin and let me tell you, it was very different than any I own! A hard adjustment but once I could cope it was amazing! Also I’ve tried one or 2 RCA’s…

Don’t plan on going too far too fast. It’s a real instrument and it takes time to play beautifully and in tune… a lot of time. You have to really want it