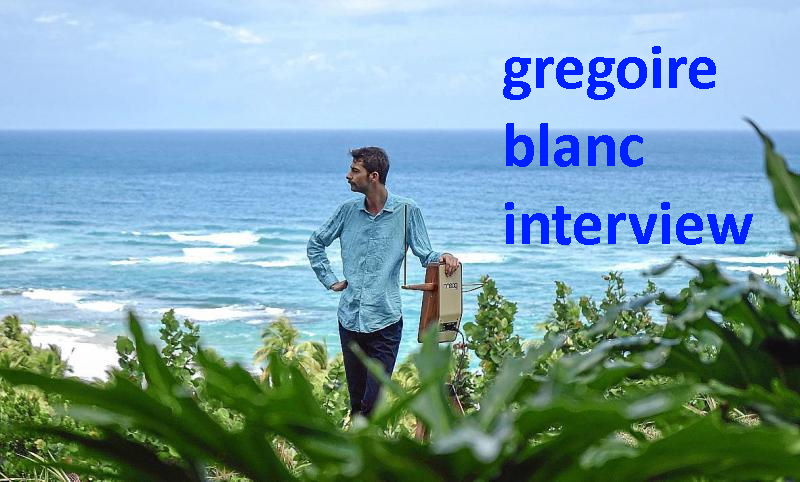 Dear Gregoire, how your concert life is developing, what are your plans?

First of all, I would like to thank you for this spontaneous little interview! It has been now almost three years since I have taken the decision to make music as a full-time job. The first two years were promising but also quite complicated because of the pandemic… Since January 2022, the situation took a new turn, I had the opportunity to travel a lot. I feel blessed with many wonderful projects of all kinds. As I have currently a great appetite for new experiences, I have accepted to work on a wide range of new things! For instance, scoring a feature film (Croma Kid, directed by Pablo Chea, Dominican Republic). That was quite demanding as I went alone through the whole musical process: composing, recording all instruments, mixing the music, etc. I am still in the process of « learning by doing » especially when it comes to composing or approaching new kind of repertoires. Thus, deadlines are always a bit scary, each task requires a huge amount of work and energy. But it is of course rewarding in the long run!

When your new album with saxophones will be available? What can you say about this project.

It seems that the album will be available everywhere before the end of August! It was a very interesting project initiated by the Berlin-based Saxophone quartet « Adumá ». They commissioned 5 German composers to write pieces for theremin and four saxophones. The main idea was to explore new sonic territories with this very unusual combination of instruments. The five resulting pieces are featuring various concepts: microtonality, soundscapes, atonal structures, spectral effects, etc. It was also all-acoustic as the theremin was amplified by La Voix Du Luthier’s Pyramide wooden resonator. We had a concert series in Berlin and Frakfurt-am-Main in February, which led to the recording of the album, titled « Verflochten ». My only regret is that the pieces were already composed when I joined the project. Some parts of the scores were not ideal for the theremin and would probably have sounded better with Ondes Martenot for instance. The result is still very satisfying and I hope that people will be interested by the unusual sonic experience offered by the album! 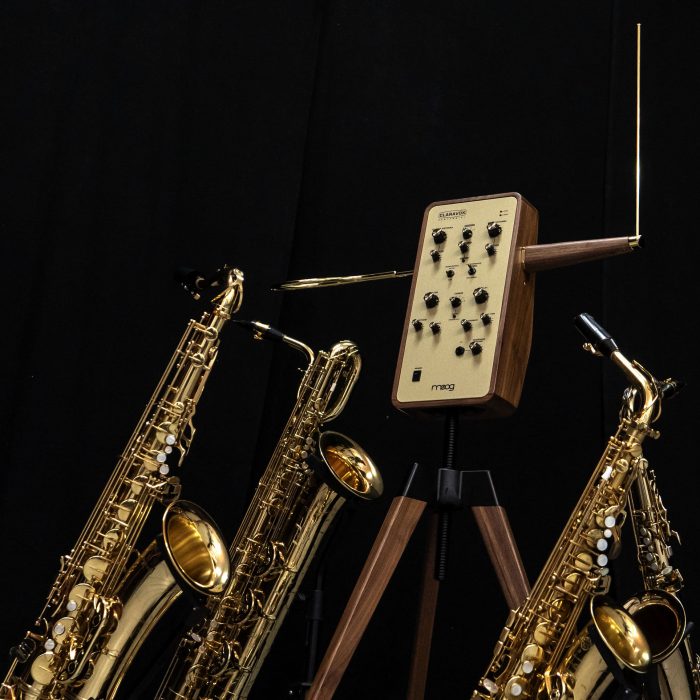 We were very sorry to know about problems with your concert theremins. Did your two theremins really managed to fail at once? Could you please share with us some details about this situation.

I have been playing with an Etherwave Pro for years. I replaced it with the Moog Claravox which is very similar. The sound, the pitch and volume response can be adjusted extensively. Unfortunately my prototypes and even the final instrument have had some issues. And I now have quite a problem as the one I used for concerts and recordings is not playable anymore… I am waiting for a deep improvement on the reliability of the instrument from Moog. In the meantime, my Etherwave Pro is aging and finally failed me. Hopefully Thierry Frenkel will be able to repair it in the weeks to come. And Coralie Ehinger is extremely kind to let me use her EPro this month. I am forever grateful to her!

You were the face of Claravox advertising campaign from Moog Music. What new opportunities do you think Clarovox provides? Claravox description is very inspiring, but what are the feelings in the process of concert work? What do you think about Claravox possibilities of creating new timbres using ?

When it works, it really is a great instrument. I especially like the versatility of storing and recalling sound presets, and the 4-positions octave-shift which helps playing comfortably from the deepest basses to the highest pitches. It still is a quite conventional theremin and in the way I use it there are finally not many differences compared to the Etherwave Pro I had before.

What performance or event was the most inspiring in your theremin career in this year?

A couple of weeks ago, I had to replace Carolina Eyck for a solo concert in Menorca, Spain. Developing a live solo repertoire for theremin and electronics had been on my to-do-list for a while, but I never made it happened as I usually feel more comfortable being on stage alongside other musicians. The invitation was very last minute and I only had a week to develop a concept around loops, effects and layered textures with Ableton Live. Finally everything went well, and this challenging experience was wonderfully inspiring for the future!