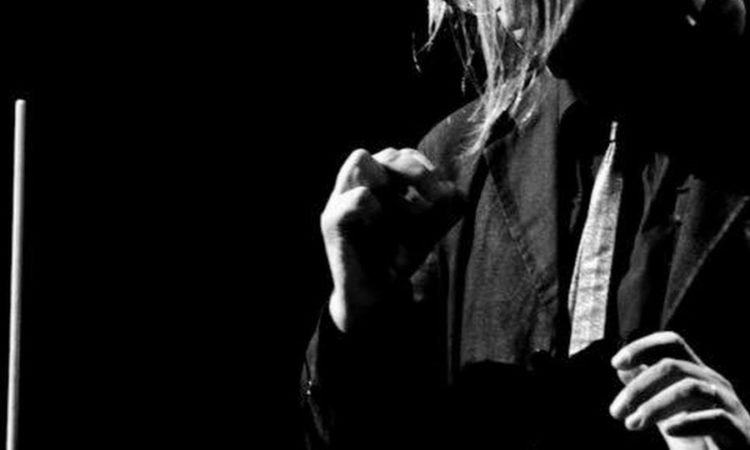 Timeless Sonic Factory is a project dedicated to Theremin music, analog synthesizers and moog instruments. It
is a music-art project where ErMan translates his artistic influences in music. The first album “Theremin, the
way I feel” was dedicated to Lev Theremin and his invention. The second album “Carnival of Seduction” carries
on the experience experimenting Theremin instrument in contemporary music.

What prompted you to play Theremin? What were your first feelings when you heard the sounds of Theremin and where did it happen?

In the middle of the 90’s I was leading my lounge-jazz band The Transistors, and my music was influenced by the history of Exotica music. In 1999, I was in London, when I bought a cd boxset “Dr. Samuel J. Hoffman and the Theremin” by Basta Records (3 cds!). It was a re-edition of three LPs by Les Baxter and Billy May orchestras (RCA Victor & Capitol Records). I have already listened Theremins before, of course, but only when it was used for performing b-movies soundtracks. Listening the Theremin played by Samuel Hoffman enchanted me. It was exactly what I was searching for: melodies of the future played in the past, classical sound but electronic. A great mixture for playing Space Age Pop, I thought at that time.

It was only the beginning, now The Theremin is my first music instrument.

What is your musical philosophy and what place it occupies a Theremin?

As I often say, the Theremin is the voice of my soul. The approach to the instrument is very physical. It requires sacrifice, strength and, at the same time, elegance and intimacy with the soul.

Today, the Theremin is my first Instrument with my Timeless Sonic Factory project. I compose contemporary music experimenting the Theremin as primary voice, using electronics, modern and virtual instruments to emphasize the Theremin’s role.

Prospects for Theremin and its place in modern music space — how you see them? For what qualities you value this tool?

The Theremin is a primary voice in a composition. Playing the Theremin you can reach the hearts of those who listen to your music. It not depends on what kind of music your are playing (modern or classical), it depends only by your ability to play the Theremin and to stay above the lines, with a superior level of communication.

The Theremin is quite popular today, but it’s important to preserve the main character of the instrument with class and style. In my view, the main Theremin property is its esoteric flavour.

Which manufacturer of Theremin do you prefer?

Moog Music of course. My first love was the Etherwave Theremin by Big Briar. Yes Big Briar, before Mr. Moog started again to run his Moog Music. I bought directly from Bob Moog, after an interview that I did to him for an Italian Music Magazine in 1999. I don’t know if it was caused by the strong personality of Mr. Moog, with whom I had the privilege to talk, but it was like buying a “Stradivari”! I was directly in contact with Big Briar with messages from the sales informing me that my Theremin was under construction, with a serial number, and when it would be completed for shipment! I was very excited.

After that model , I bought an Etherwave Pro. The best.

And I have also a Subscope Voicematic 3 Theremin built in Germany by Dominik Bednarz. A wonderful voice.

What you can recommend for beginners Thereminists, or those who are just going to start their way of Thereminist?

Dedication , study and patience and a lot of passion and respect for a musical instrument with a long history in modern music.