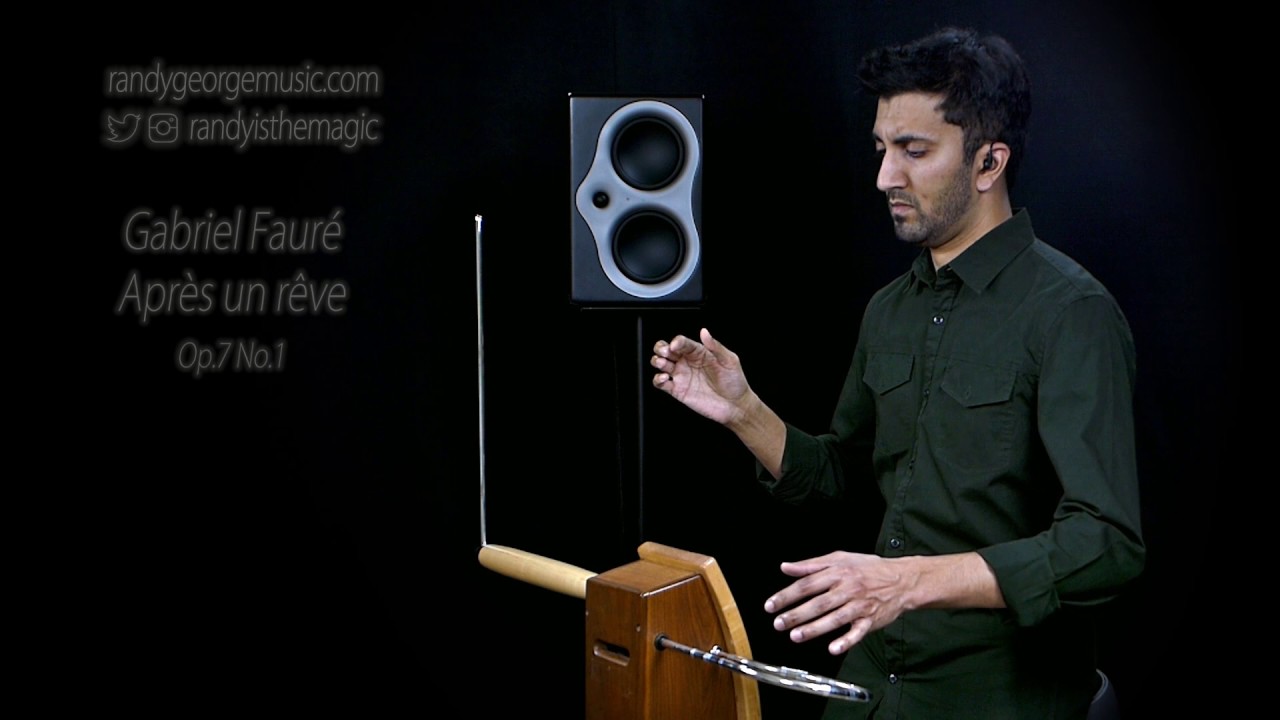 Randy George is one of a small handful of the world’s finest theremin performers. Having appeared across the US and in Europe as soloist, chamber musician, studio player, and lecturer, Randy has made significant contributions to the increasing awareness and advancement of the theremin. Since 2006, his internet videos works featuring the instrument have been viewed over 20 million times. He has worked with artists, ensembles and organizations including among others: Danny Elfman, John Massari, Bleeding Fingers Music, Hollywood Symphony, Santa Monica Symphony, Dilijan Chamber Music, Gaudete Brass, Lines West, Moon Honey, SUNY Fredonia, Polytechnic University of Valencia, and Chapman University.
Official :  http://randygeorgemusic.com/

I saw a picture of a theremin in January of 2006. The friend that showed me the photo gave me a brief explanation of the way it operates. Then without hearing it or watching a video, I already knew I wanted to play it. I told my friend that I would one day master the theremin, and he violently disagreed. Two weeks later I received my first instrument in the mail.

I first heard the instrument through some video and audio on the internet. In January/February of 2006, there was not much available. I did not pay much attention to the typical areas of music where theremin was previously used, so my perceptions about theremin sounds were not colored in any way. I only approached the instrument from a very technical point of view and so I did not have feelings that I can recall.

I play music that I enjoy and wish to share with others. The theremin serves as an interface for the music to be heard. I see the theremin as a voice, that sings through hands instead of the human vocal chords. For me the theremin is another method which I can use to express. I played the bassoon prior to playing the theremin and I would regard it in the exact same way.

Prospects for theremin and its place in modern music space — how you see them?

I feel like the theremin will eventually be as celebrated as any instrument. It has for a long time, probably 40 years, been classified as part of the world of unknown obscure instruments. I believe this is primarily because of the way that it has been used in the recent past and the small number of people who have become proficient at it. I feel like when the next wave of awareness of the theremin sweeps across the world, the theremin and its exponents will finally be regarded as equals with everything else in modern music.

I do not have a preference of theremin manufacturer. I currently play a Moog Etherwave Pro that I have tuned to my personal and musical requirements… If I were to find an instrument that offered a better playing experience then I would leave behind the old instrument and change to the new one.

The theremin is the most transparent musical interface that exists in the world. Every nuance and fine movement of a person’s body is translated directly into sound. Therefore, it is important to focus on becoming aware of how every little movement of the body is reflected in the sound. The technical understanding of theremin playing comes only after a player first becomes acutely aware of his/her own body stillness. Since every person’s body, environment, and theremin instrument are unique, the process of learning theremin is absolutely unique to every single person. I would say the first and most fundamental aspect of playing that a beginner must focus on is the effects their body movements have on relative note spacing. The relative space between notes is what forms the foundation of muscle memory which is just as important as having an excellent sense of relative pitch intonation.