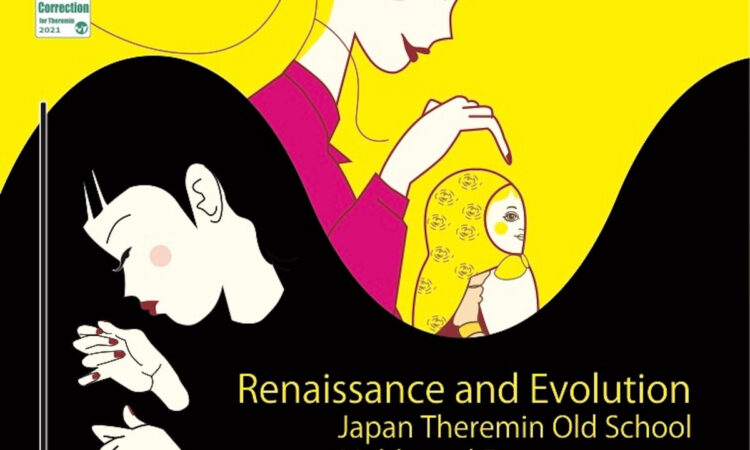 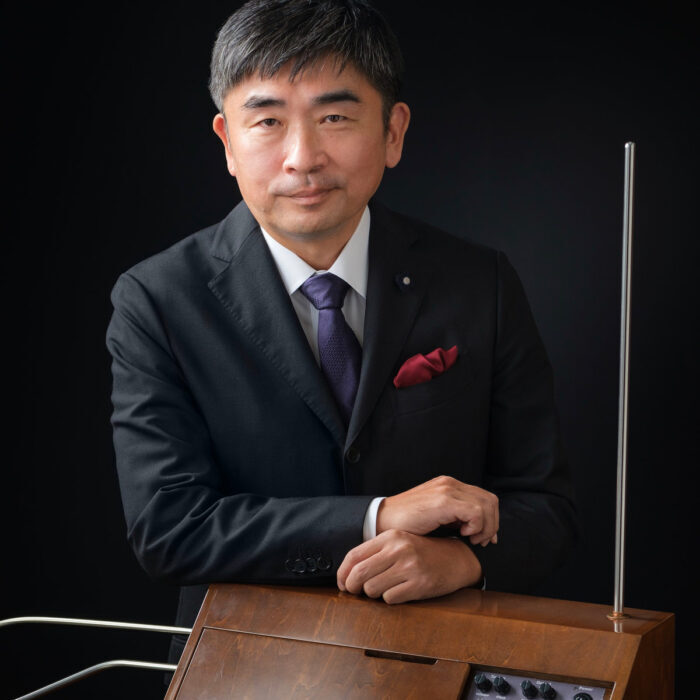 A few days ago, a new album was released – Renaissance and Evolution by the Japanese Theremin School and Mandarin Electron president, Masami Takeuchi. The disc includes compositions by M. Glinka, V. Vavilov, M. Ravel, and other composers. A solo performance by Masami Takeuchi, ensembles of theremins and one hundred performers on matryomin (a simplified theremin with one antenna encased in a Russian nesting doll, modification created by Masami Takeuchi in 1999, became prevalent in Japan).

Perhaps, the theremin is most widespread in Japan, more than in any other country in the world.

Especially for Theremin Today, Masami shared some details about creating the new disc during the pandemic and the approach to theremin in Japan.

Theremin Today: We are delighted with the release of your new disc, Renaissance and Evolution. Congratulations on this event. Could you please tell us why you choose this title for your disc? What special meaning does it have for you?

Masami Takeuchi: In honor of the centennial of the invention of theremin, we have released a disc consisting of “Renaissance Side,” which strives for the beauty of classical theremin performance, and the “Evolutionary Side,” which aspires at the unprecedented progress of the matryomin ensemble. Needless to say, the theremin needs a revival, and I also wanted to show the part that has evolved over one hundred years.

Theremin Today: How was it to record a disc amid pandemic and self-isolation?

Masami Takeuchi: When planning this disc, I was thinking about the same recording method as before, but it was impossible to do due to the spread of coronavirus infection. The fact that I had to transfer classes and recording into virtual format changed the recording method, which worked out in our favor.

Through virtual lessons, I was able to get to know the individual performers better. When I listened to the matryomin ensemble playing altogether, it was hard for me to tell who was playing what. Still, when I listened to each performer individually, I discovered that often a performer who was considered a “dark horse” actually could play well.

When I was working on recording virtually, I had no time limit, which was especially helpful for the theremin ensemble. I had to re-record my parts more than once, and at that time, I realized that the ensemble members had more patience than me.

No matter how many times they played, I was constantly not satisfied with something, so many of them had to re-record their performance four hundred times or more. The reason for repeated recordings is the difference in nuances. The main idea of ​​this disc was to inherit my style of play. I worked hard until I felt my presence in the sound, even though I was not in the actual recording. I observed closely how the pitch changed, how the sound appeared, and how it disappeared. I am very particular about the sound’s tone, and I find that the harsh tone, especially in minor pieces, is very unappealing. I do not use pitch correction. If you use pitch correction, the sound will be the same as that of an electronic keyboard, and you will not be able to convey the subtle nuances that are unique to a particular person.

I have always disliked the sound recorded line-in. I have always recorded with a microphone. However, when creating this disc, I had to do a linear recording, so I took a closer look at the non-linear recording. It became clear that the problem was in the filter settings and not due to extraneous sounds. I’m also a sound engineer by profession, but making good recordings takes knowledge, experience, the right environment, and equipment. It turned out that even with linear recording, you can get a sound nuance equivalent to recording from a microphone.

Perhaps these efforts were like a “punishment” for the participants, but now they know how to play in a way that they probably would not have learned in their entire life. Also, I think that concentrated work under the coronavirus epidemic’s constraints has become a natural outlet.

Theremin Today: How did you choose the repertoire for this disc?

Masami Takeuchi: The theremin ensemble and matryomin ensemble have an extensive repertoire.

In 2016, I had a cerebral hemorrhage. The right half of my body was paralyzed, because of which I could not play, so a quartet formed with a new performance based on the past sound source.

The matryomin ensemble also included such grandiose compositions as “Glissando.” Unlike the “Random Glissando,” which is widespread on the internet, that exactly implies improvisation. Our performance has a structured character with a transition from chaos to order.

Theremin Today: We know that Japan has the most global teaching system in the world. Do you plan to publish additional materials with your other students? We noticed that your students play no solo pieces on the disc. Could you please share with us why?

Masami Takeuchi: Anyone can freely play each solo piece separately. I have not recorded such performances because it was not the theme of creating this disc.

Theremin Today: Your school has a unique and distinctive attitude to sound. It seems to me that the specific characteristics are a relatively restrained vibrato, softness, and roundness of sound, a somewhat restrained manner of performance, but at the same time, with attention to dynamic nuances. Your style is different from the classic theremin and western contemporary theremin performers. Could you please tell us about your style and philosophy of working with the theremin and theremin teaching?

Masami Takeuchi: Clara Rockmore was an outstanding performer, but I do not seek to imitate her performance style. The standard of beauty in my framework is my style of play (Takeuchi). Of course, many people in Japan dislike it. They can do whatever they like outside of our framework. We are all free to express ourselves.

As you noticed, we have a unique sound production, hand positioning, tempo control, and sound level adjustment. If you watch other people’s performances on the internet, you will not find anyone like us. It is all a precise control system, and the details shape our style of play.

Theremin – is a free instrument, independent of temperaments and frets, but those who play “free music” are bound by the frame of “freedom” and categorized. I suppose all we can do in such a situation is cover each other’s backs and follow the music we genuinely believe.

Theremin Today: Matryomin is a separate and unique part of the Japanese theremin culture. What prospects and plans in the development of this direction do you see for the coming years?

Masami Takeuchi: Matryomin is viewed as an introduction to the theremin. In a sense, this is true, but at the same time, it is something more. Everyone knows that it is impossible to reproduce perfectly accurate sound on the theremin, no matter which expert plays. The matryomin ensemble makes the most of this feature and achieves a unique sound and timbre. One hundred people performed on the disc together. Although you cannot change the volume while playing the matryomin, this limitation raises awareness of the importance of articulation (musical expression) in the earliest stages of using this instrument.

In numerous online videos of the theremin performances, we can see a rather primitive playing of many performers, despite their long musical career. Many of them look down on matryomin, but from my perspective, the matryomin ensemble members are much more familiar with adjusting the tempo and pitch.

In the future, I plan to delve into self-expression rather than over-expanding performance capabilities. I also occasionally think about challenging myself to work on songs like “Glissando” and “Invention # 4”. 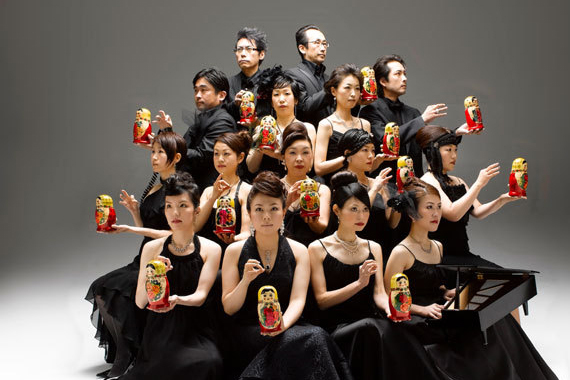 Theremin today: Track number five, “Memory of the Air” – is quite unusual. Could you please tell us about this track?

Around March of the same year, I went to the St. Petersburg Polytechnic Institute. I brought the matryomin prototype and asked a friend to accompany me on the Matryol music box. We played the song together at this incredible place where Dr. Theremin once worked and invented the theremin.

The fifth track was supposed to be a solo composition performed on the theremin, but I thought that the recorded content was not good enough, so I replaced it with a track of airborne noise from St. Petersburg.